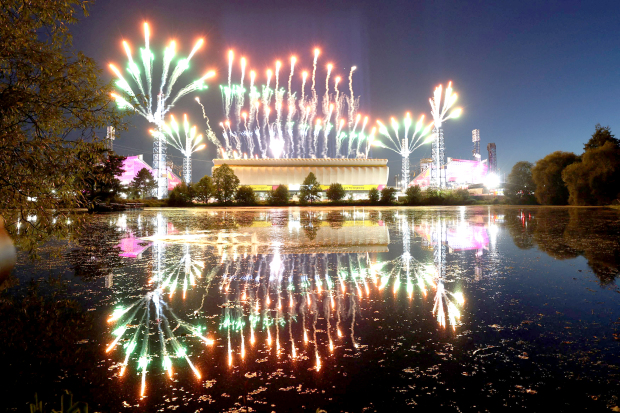 General view of fireworks during the closing ceremony REUTERS/Phil Noble

BIRMINGHAM: The Birmingham 2022 Commonwealth Games are officially a wrap after an epic closing ceremony brought to an end by none other than Ozzy Osbourne.

Attention now turns to Victoria 2026, which featured heavily at Alexander Stadium after a day that saw Australia wrap up top spot on the medal tally.

Australia finished the campaign with 67 gold, 57 silver and 54 bronze.

It was such a successful event that, with a day to spare, Australia gained an unassailable lead over hosts and chief rivals England on the medal tally.

The closing ceremony came after the final day of competition, with Australia winning their seventh consecutive Commonwealth Games gold in the men’s hockey final, beating India 7-0.

That gave Australia their 67th and final gold of the Games, with a silver medal in women’s doubles table tennis, and silver and bronze in mixed 3m synchronised and mixed 10m synchronised diving.

Those final four medals meant Australia finished two clear of England on the overall tally, as well as 10 golds ahead.