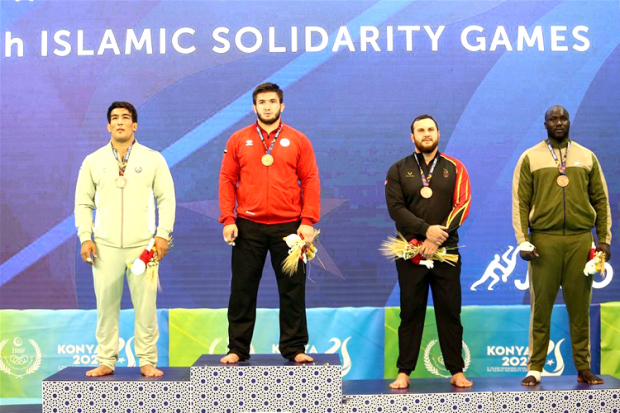 The 100 kg judo medalists on the podium

Senegal’s Mbagnick Ndiaye was the other bronze medallist while Magomedomar Magomedomarov from the UAE won the gold medal by defeating Alisher Yusupov from Uzbekistan in the final.

Türkiye became the champions in football after defeating Saudi Arabia 1-0 in the final. Metehan Altunbaş scored the lone goal of the match in the 26th minute.