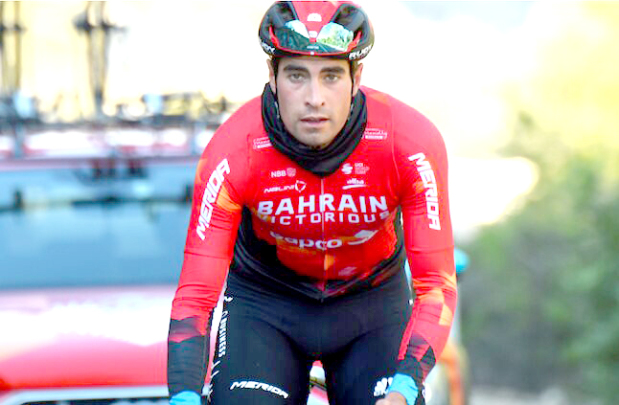 Landa will be leading the Bahrain Victorious line up

The final Grand Tour of the cycling season gets underway tomorrow, and Bahrain Victorious head to the ‘Gran Partida’ with a strong team and high hopes for both the GC and stage victories.

Leading the line-up, and riding on home roads, is Mikel Landa, who starts the race for a sixth time. Landa finished on the podium at this year’s Giro d’Italia and was a stage winner at La Vuelta in 2015.

The 32-year-old will have some stiff competition for the red jersey in Madrid on September 11th, including Primoz Roglic (aiming for a record-equalling fourth victory) and recent Grand Tour champions Richard Carapaz, Simon Yates, Jai Hindley and Tao Geoghegan-Hart.

Co-leading the team is Swiss sensation Gino Mäder, winner of the Youth Classification and fifth overall last year, as well as a stage winner at the Giro. The 25-year-old already has a stage-race podium this season, finishing second at the Tour de Romandie in May.

The 77th edition of Spain’s Grand Tour starts in Utrecht, making the Dutch city the first to have hosted the opening stage of all three GTs (following Le Tour in 2015 and The Giro in 2017). Tomorrow’s 23.3km Team Time Trial provides the very real possibility of time gaps ahead of two flat days.