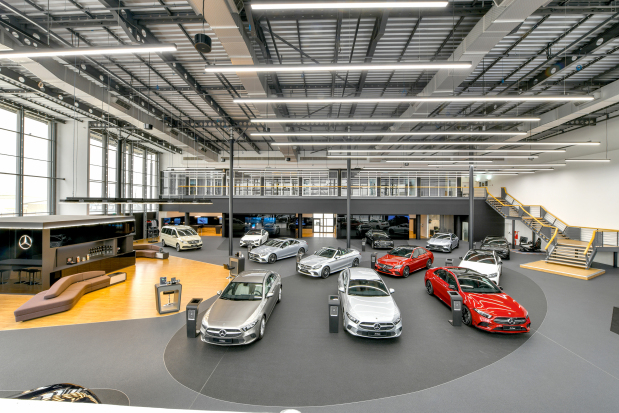 Al Haddad Motors is a full group dealer for Mercedes-Benz

AL Haddad Motors (AHM) has been the sole authorised general distributor for Mercedes-Benz in Bahrain since 1958.

As a full group dealer Mercedes-Benz operation, AHM deals with all aspects of the brand, from new and used passenger cars and commercial vehicles as well as genuine spare parts and lifestyle accessories, all professionally-managed to the standards that the marque holds worldwide.

“Our goal is to ensure that our showrooms and service centre are focused around the needs of our customers and we strive for continuous improvement,” said Al Haddad Motors general manager Warren Hudson.

“This coupled with our exceptional well-trained staff ensures that we consistently provide the high level of service you would expect from a Mercedes-Benz authorised general distributor.”

The company has been one of the most successful businesses in the kingdom since its initiation and this was further proven as the growth and success of AHM continued to rise making it one of the few businesses that were able to withstand the negative effects and drawbacks of the pandemic.

“At Al Haddad Motors, our top priority is our people, we believe in developing our people to allow them to achieve the very best, it is our people who look after our customers across all areas of the business, no one revenue stream is more important than another,” he added.

Mr Hudson believes that it is this philosophy that has led to numerous customer satisfaction awards for both customer service and sales areas alike.

“We were able to achieve these numerous awards through the Al Haddad Motors team’s dedication, determination and co-operation,” he explained.

AHM has also recently developed the Mercedes-Benz corporate affinity programme by partnering with several of the leading corporations in Bahrain to offer employees corporate rates on most Mercedes-Benz vehicles.

“Unlike most businesses that decreased their operations during the pandemic, Al Haddad Motors has continued with its five-year plan to expand its operations.

“In addition to being the sole authorised dealer of Mercedes-Benz in the Kingdom of Bahrain, Al Haddad Motors has acquired the franchise of the world’s leading international rental/leasing companies, Avis, Topaz Detailing and Bestune,” Mr Hudson concluded.