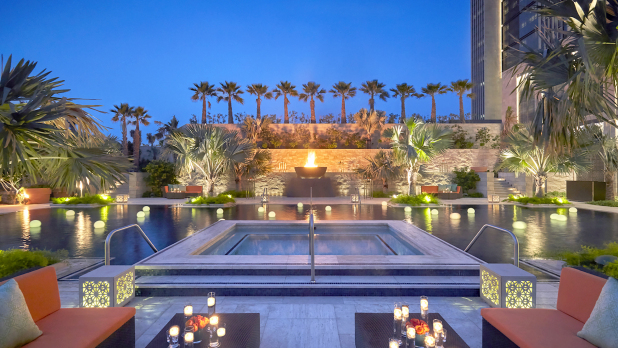 Inti will immerse diners in authentic Peruvian culture and flavours

ENJOY the tantalising taste of Peru in a new nightly pop-up at the Four Seasons Hotel Bahrain Bay.

It will immerse diners in authentic Peruvian culture and flavours, this month and beyond.

In Quechua, the most widely spoken indigenous language in the country, Peru means the ‘Land of Abundance’ and its rare cornucopia of indigenous products boasting centuries of Japanese, Chinese, Spanish, African and even Arabic influences can be relished at ‘Inti at Four Seasons’, located in the fire-lit surrounds of the Azure pool.

The pop-up, which will serve a la carte menu to just six tables a night with a five-course degustation menu also available, is named after the Incan sun god, which is part of Incan civilisation that arose from the Peruvian highlands.

Offering the first authentic Peruvian dining experience in Bahrain is none other than Chef Yovani Guevara, one of the former head chefs of the Peruvian Pavilion at Expo 2020 Dubai.

The 12-year veteran of some of the world’s finest Peruvian restaurants has a prestigious Le Cordon Bleu diploma and aims to provide the pride of Peru.

Having spent the last five years in the Middle East, she considers the region home, but her culinary heart remains in her home country.

The masterful chef hails from Cajamarca in the north and loves preparing dishes from all of Peru’s coastal, mountain and jungle regions.

Diners can delight in an array of Peruvian dishes such as causa – a traditional potato dish made with aji amarillo (Peruvian yellow pepper) so beloved by Peruvians that its name is also commonly used to refer to a friend. She will also serve up solterito, a refreshing salad from Arequipa in the south, which translates to ‘single guy’ because the simple yet nutritious ingredients make it the perfect meal for a single man.

Chef Guevara’s pop-up dishes do not just narrate Peruvian flavours but also the tales of one of the world’s most storied cuisines.

Her fresh, delicate ceviche – the flagship of Peruvian cuisine – vies with its unmarinated Japanese-Peruvian alternative tiradito, which unlike ceviche, is sauced immediately before service.

Then there are succulent anticucho – Incan empire meat skewers that originated in the Andes, marinated in vinegar, spices, and Peruvian peppers.

The sweet final chapter includes clásico – a dreamy, colourful cream and purple dessert of mazamorra and rice pudding that celebrates the country’s two biggest football teams as well as two of its greatest superfoods.

Whether visiting for a birthday, an anniversary or simply to make memories with loved ones, Inti adds even further sensory appeal to the iconic pearl that is Four Seasons Hotel Bahrain Bay.

The pop-up is open from Wednesday to Saturday at Azure Pool from 7pm to midnight with modern lounge music.