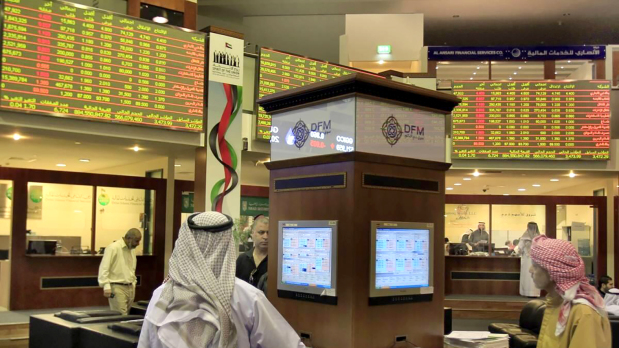 Gulf stock markets have held up a lot better than elsewhere

Almost half of the listing proceeds in Europe, the Middle East and Africa this year come from the Arabian Gulf, as the region bucks a global downturn in initial public offering (IPO) activity on the back of high crude prices and strong investor demand.

Middle Eastern IPOs have fetched $18 billion this year, representing 47 per cent of the wider region’s $38.2bn, data compiled by Bloomberg show. It’s the highest share for the Gulf on record after 2019, when Saudi oil giant Aramco went public in a $29bn offering, the world’s largest.

While most major markets – including Europe – have seen IPOs slump sharply from last year’s record levels because of falling stocks and high inflation, it’s been a completely different story in the Middle East.

A surge in oil prices through 2021 and the early months of this year, coupled with a rotation by investors into the region, have helped underpin listing activity. That had already started gaining steam in 2021 as governments sold stakes in companies to help fund a transition away from oil.

Stock markets in the Gulf have also held up a lot better than elsewhere, which has further boosted listing activity. Despite falling 16pc from an April high, the MSCI GCC Countries Index is still up 2.5pc this year, compared with an 11pc drop in the STOXX Europe 600.

Saudi oilfield-services firm Arabian Drilling Company jumped 23pc in its trading debut on Monday after a $710 million IPO. The company attracted $43bn in institutional investor orders, about 61 times the shares on offer.

It’s not an exception.

District cooling firm Empower drew $34bn in bids for its $724m IPO, which was doubled in size. Dubai private school operator Taaleem Holdings received more orders than the shares on offer within hours of the company opening its books on Thursday.

Six of the 10 biggest offerings in Europe, the Middle East and Africa have taken place in the Gulf in 2022. The region didn’t feature at all in the top 10 IPOs in EMEA this time last year, the data show. The pipeline for the rest of the year is full in the Middle East, with Taaleem, a Saudi cable firm and regional KFC restaurant operator Americana Restaurants, all lining up offerings in the next few weeks.

To be sure, the listings boom could slow down sharply if oil prices fall further on the back of a recession in the US and Europe, which many Wall Street executives now say is increasingly likely.

In addition, the juicy dividend yields that Middle Eastern companies have been offering investors will have to go higher as interest rates go up, putting pressure on valuations.