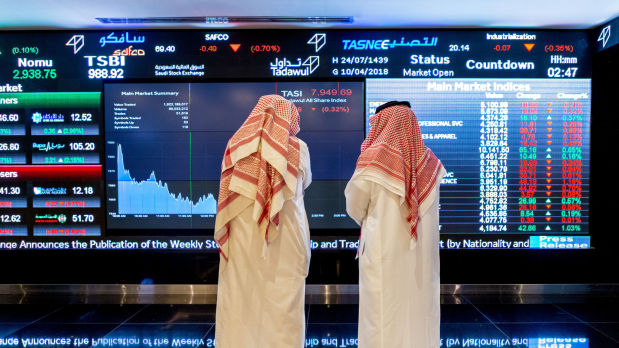 Saudi Arabia’s sovereign wealth fund raised 2.29 billion riyals ($610 million) from the sale of a 10 per cent stake in the kingdom’s stock exchange as part of its plans to pare down holdings in some of the country’s biggest companies and fund other investments.

The Public Investment Fund (PIF) sold 12m shares in Tadawul Group Holding at 191 riyals each, a 9pc discount to their last closing price.

Investors put in orders for all the stock on offer within an hour of the books opening on Thursday, the latest example of strong demand for share sales in the Middle East.

The fund is at the centre of a plan, known as Vision 2030, to diversify Saudi Arabia’s economy. As part of these efforts, it’s pushing ahead with plans to reduce its stakes in some of the kingdom’s biggest companies.

The PIF, chaired by the Crown Prince Mohammed bin Salman, plans to invest $40bn locally a year until 2025 and help bankroll ambitious projects, including Neom – a $500bn city intended to attract new industries. It has also plowed billions of dollars into stock markets and assets globally.

The fund has investments in companies across a range of industries from Saudi Electricity to utility Acwa Power. It owns majority stakes in the $53bn commodities firm Saudi Arabian Mining and $54bn carrier Saudi Telecom, as well as holdings in lenders including Saudi National Bank, Riyad Bank and Alinma.

About a year ago, the PIF sold a 30pc stake in Tadawul in a $1bn initial public offering and the bourse operator’s shares have since doubled. The fund also raised $3.2bn from the sale of a stake in Saudi Telecom in December last year.