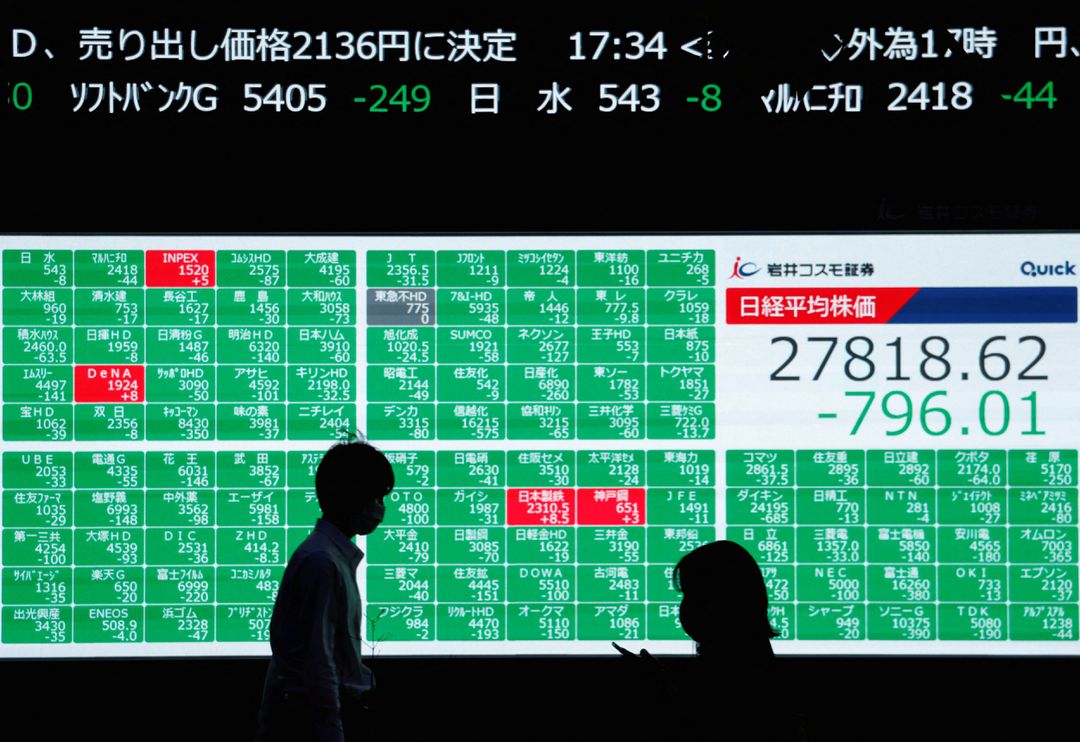 Meanwhile, the US dollar rebounded after stronger-than-expected U.S. retail sales suggested the Federal Reserve was unlikely to ease up in its battle with inflation.

That fuelled concerns about the economic outlook, with the U.S. Treasury yield curve remaining deeply inverted in Tokyo trading and suggesting that investors are braced for recession.

"Inflation is likely to remain elevated for some time ... because in the U.S., at least, it's services that are driving inflation, and that can have greater persistency," Salim Ramji, global head of ETFs and index investments at BlackRock, told the Reuters Global Markets Forum on Wednesday.

Investors are re-assessing the U.S. monetary policy outlook after consumer spending figures contradicted the narrative of the past week or so from cooler consumer and producer price data.

Rhetoric from Fed officials on Wednesday also remained hawkish. Fed Governor Christopher Waller said there was still a ways to go on rates, while San Francisco Fed President Mary Daly told CNBC that pausing rate hikes was not yet part of the discussion.

"Fed commentary, like the resilient spending numbers, gave little succour for anyone looking for an imminent pivot," with caution permeating markets as a result, Ted Nugent, an economist at National Australia Bank, wrote in a client note.

Money markets give 93% odds that the Fed will slow to a half-point rate increase on Dec. 14, with just 7% probability of another 75 basis point increase. However, traders still see the terminal rate close to 5% by next summer, up from the current policy rate of 3.75-4%.

The U.S. dollar index - which measures the currency against six major counterparts - added 0.13% to 106.41, stabilizing after a slide as low as 105.30 on Tuesday following the release of producer price inflation numbers.

U.S. 10-year Treasury yields recovered modestly from a six-week low at 3.671% hit overnight in Tokyo trading, last standing at about 3.71%, while the two-year yield continued to consolidate near its lowest level since Oct. 28 around 4.37%.

Crude oil continued to decline in Asia after settling more than a dollar lower overnight, following the resumption of Russian oil shipments via the Druzhba pipeline to Hungary and as rising COVID-19 cases in China weighed on sentiment.