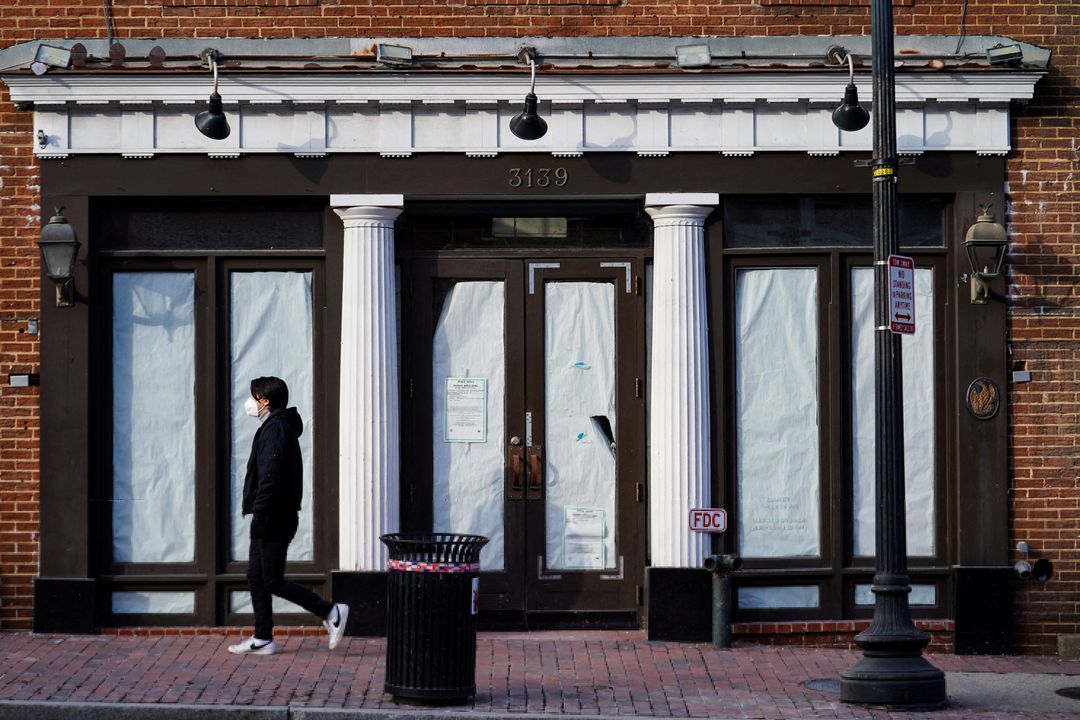 A person wearing a protective face mask walks past a closed business in the Georgetown neighborhood in Washington. The coronavirus disease (COVID-19) pandemic has shuttered many businesses in the once bustling shopping district. REUTERS/Sarah Silbiger/File Photo

For all the tumult and disruptions of the coronavirus pandemic, US labour markets have come out on the other side not far from the strong conditions that prevailed before the crisis, a paper presented at a Boston Fed research conference said.

Almost all of the hit the US labor market took in 2020, when Covid-19 struck, was tied to temporary layoffs which were swiftly rescinded, said the paper presented yesterday.

Adjusted for these temporary shifts, “the labour market remained surprisingly tight throughout the crisis, despite the dramatic job losses” and by the spring of this year had recovered and returned to extremely tight conditions.

“I think if we were going to see large-scale changes, we would have seen them by this point,” said Lisa Kahn, an economics professor at the University of Rochester, who was one of the co-authors.

The US unemployment rate rode a virtual rollercoaster in 2020. From a 3.5 per cent reading in February of that year, it spiked to 14.7pc in April of that year, before undergoing a much faster than expected recovery that has resulted in very low rates of unemployment – it stood at 3.7pc last month – and very robust levels of job creation.

Fears the pandemic would cause deep and lasting damage to the economy generated a historically aggressive campaign of stimulus by the government and the Federal Reserve, as elected officials and central bankers were mindful that the weaker policy response to the Great Recession over a decade ago led to a slow recovery for the economy.

That policy response is now seen as a key driver in the massive surge of inflation following the most acute phase of the pandemic. Faced with the highest levels of inflation in 40 years, the Fed is aggressively raising its short-term rate target to help lower price pressures.