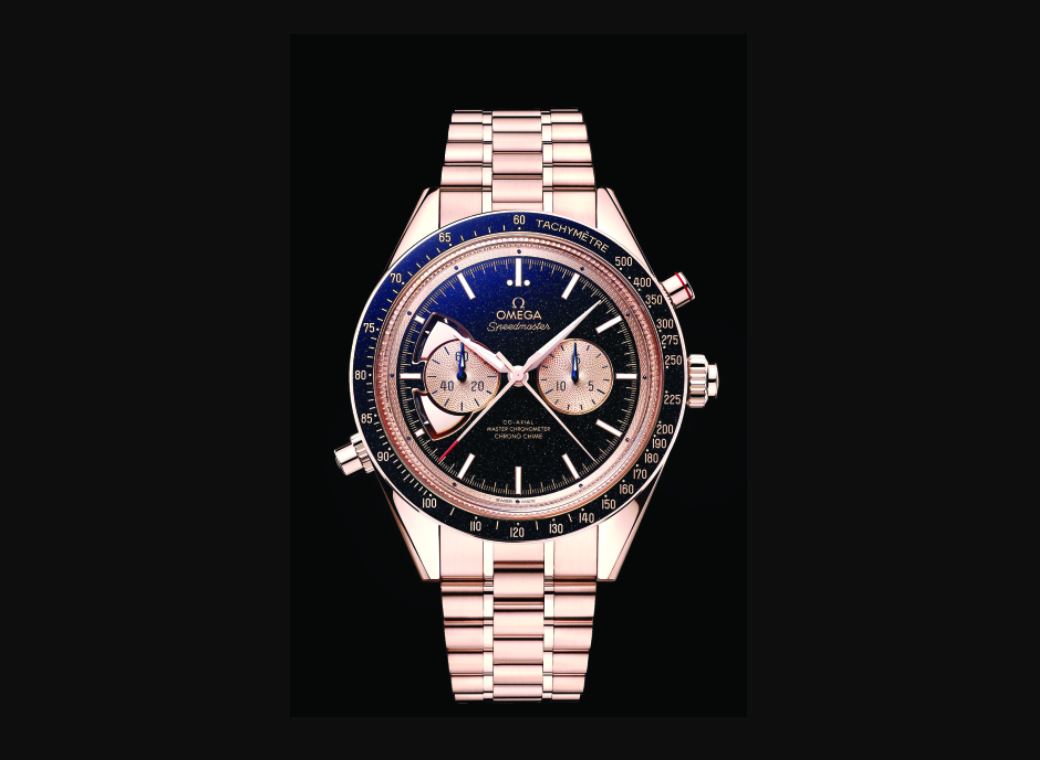 Omega’s Speedmaster powered by the 1932 Calibre

Produced by Omega in 1892, the extraordinary new Olympic Chrono Chime is a ringing tribute to the exceptional skills of the Swiss brand’s watchmakers.

Many great designs emerged in the transition period between the pocket and wristwatch, and the look of the watch draws its cues from that inventive era.

The movement is the first of its kind; a cutting-edge calibre destined to make its own mark on watchmaking history.

As it was not possible to modify existing components, Omega’s watchmakers were compelled to create the calibre from scratch – and by hand.

Produced not by layering, tinkering or fitting new parts to old, but by fusing both functions together in one watch movement, it is the most complicated calibre Omega has ever made.

In addition to being strikingly good-looking, Omega’s 18K Sedna™ Gold produces a beautiful sound when struck.

The special presentation box includes an additional leather strap and two leather cords, allowing the ‘timekeeper’ to wear it as a discreet pocket watch or a stopwatch around the neck.

For those who prefer their watches fixed firmly to the wrist, Omega has produced a Speedmaster powered by the 1932 Calibre.

The classic 45mm ‘Numbered Edition’ Chrono Chime has an 18K Sedna™ Gold case inspired by the second generation Speedmaster, making it a commemorative piece in its own right, as the CK 2998 was the first watch worn in space 60 years ago in 1962.

Although the movement is the same for both watches, the functional and decorative pushers are in different positions.

For the Speedmaster, Omega turned the calibre around to suit the configuration of the case and accommodate the two subdials.

Completing the look is a bracelet and buckle in 18K Sedna™ Gold.