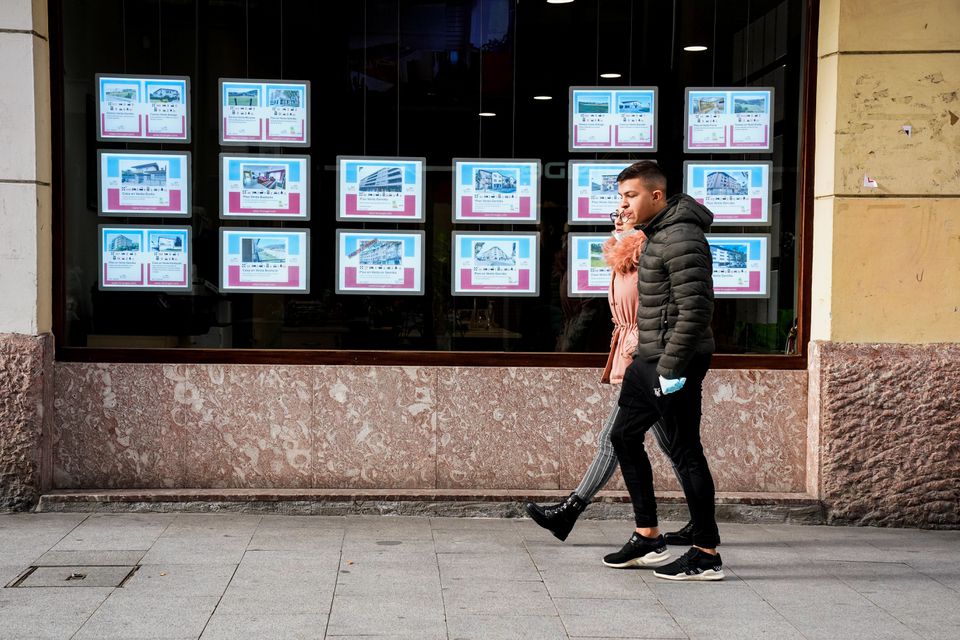 MADRID - The Spanish government and banks agreed in principle on mortgage relief support for more than one million vulnerable households and additional aid for middle-class families, though Santander warned these could lead to higher bank provisions.

The new measures are expected to be approved at a cabinet meeting on Tuesday pending final negotiations with banking associations, the Economy Ministry said on Monday.

The ministry did not provide details on the potential cost to lenders and the degree to which banks may have to set aside more provisions in the future remains unclear.

The chief executive officer of Santander, Spain's biggest lender, Jose Antonio Alvarez, told journalists on the sidelines of an event on Tuesday that the loan extension could also lead to higher capital consumption while also making access to credit more difficult for some clients.

Though Santander's intention was to sign off on the agreement with the government, he also warned the bank would no do so "if we see that the mortgage market is not healthy and solid in the future."

Yet, non-performing loans at Spanish lenders as of August stood at nearly record lows of 3.9%, far below the all time-high of 13.6% in December 2013.

In Spain, around three-quarters of the population are homeowners, with most opting for floating-rate mortgages which are exposed to interest rate rises.

The planned measures are part of a wider package of support to help ease cost of living pressures which includes a rebate on fuel costs and windfall tax proposals. Other countries, such as Hungary, Portugal, Poland and Greece, have approved different forms of mortgage support.

In Spain, banks will provide mortgage support for vulnerable families through an amended industry-wide code of good practice. The income threshold has been set at 25,200 euros ($25,815).

Vulnerable households will be able to restructure mortgages at a lower interest rate during a five-year grace period, already set out in a 2012 industry-wide code of good practice, which is voluntary but becomes mandatory once lenders adhere to it.

Grace periods allow borrowers to delay payments on the principal of the loan without being charged late fees and to avert default or loan cancellation.

The period for cancelling debt has been extended by two years and includes the possibility of a second restructuring, if necessary, the ministry said.

Vulnerable families that spend more than 50% of their monthly income to repay their mortgage, but do not meet the condition set out in the previous code of a 50% rise in their mortgage payments, can take advantage of a two-year grace period.

The government will also implement a new code of good practice for middle-class families at risk of vulnerability, setting the income threshold at less than 29,400 euros.

In those cases, lenders must offer the possibility of a 12-month freeze on repayments, a lower interest rate on the deferred principal and an extension of the loan if a mortgage burden represents more than 30% of household income and the cost has risen by at least 20%.

Measures will also make it less costly for families to switch from variable-rate mortgage contracts to those with fixed rates.

The mortgage relief is expected to come into effect next year.