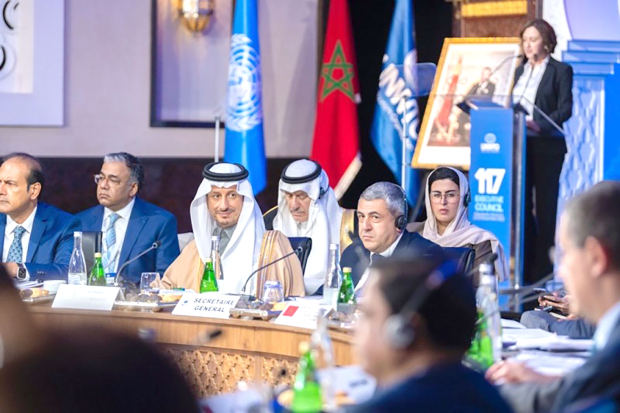 The 177th Executive Council of the UN World Trade Organisation (UNWTO) has passed a Saudi resolution to ‘redesign tourism’ in the wake of the Covid-19 pandemic.

As newly elected chair of the council, the kingdom successfully lobbied for the creation of a Saudi-Spain-UNWTO working group to oversee and direct significant changes to the global tourism industry.

The proposal had been promoted by the kingdom since December 2021, with a Saudi host delegation reiterating its support for the creation of the working group during the kingdom’s hosting of the 116th Executive Council in Jeddah earlier this year.

This week’s three-day event in Marrakech saw the passing of a resolution to push forward with the creation of the working group, which has been supported from the outset by Spain.

The working group, which will comprise eight members of the organisation according to the resolution, is slated to launch in spring next year, but will still require the formal endorsement of the UNWTO chief.

The eight members will work alongside the three working group co-chairs – Saudi Arabia, Morocco and the UNWTO – to move forward with the vision to transform global tourism.

Of the council’s 36 member countries present at the event, 31 approved the resolution. The working group aims to represent every region of the world, and will include two member states for Africa and America, as well as single states to promote the tourism aspirations of Europe, the Middle East, the Far East and Pacific, and South Asia.

Once established, the working group will meet at least biannually and will run on a budget allocated voluntarily by member states of the Executive Council.

The move is expected to lead to a significant shake-up within the world’s premier tourism body, with the kingdom calling to “revitalise” the UNWTO and “improve its operating methods”.

It comes on the back of enhanced Saudi-Spanish ties in investment and tourism, and is the result of months of work by the two countries to gather support for the proposal among council members.

The passing of the resolution was the first major step by the kingdom in its position as council chair.

Trade between Saudi Arabia and Spain totals $3.5 billion annually. The two countries have made significant steps towards boosting economic ties throughout the year, with the Saudi-Spanish Investment Forum in June ahead of the Jeddah UNWTO event leading to a number of high-profile agreements.

The meeting in Marrakech also saw the admittance of several Saudi and Spanish affiliate members, including the Jeddah Central Development Company and Spain’s Innovaris SL and Eturia CLM.