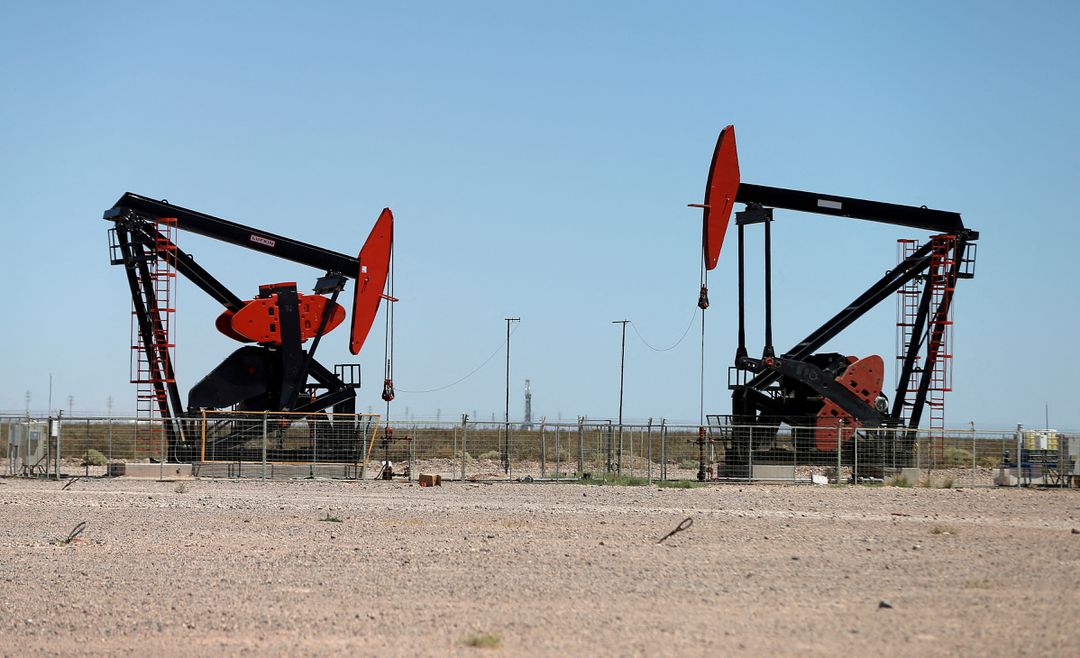 "On top of growing concerns about weaker fuel demand in China due to a surge in Covid-19 cases, political uncertainty, caused by rare protests over the government's stringent Covid restrictions in Shanghai, prompted selling," said Hiroyuki Kikukawa, general manager of research at Nissan Securities.

WTI's trading range is expected to fall to $70-$75, he said, adding the market could stay volatile depending on the outcome of the OPEC+ meeting and the price cap on Russian oil.

China, the world's top oil importer, has stuck with President Xi Jinping's zero-Covid policy even as much of the world has lifted most restrictions.

Hundreds of demonstrators and police clashed in Shanghai on Sunday night as protests over China's strict Covid restrictions flared for a third day and spread to several cities in the wake of a deadly fire in the country's far west.

The wave of civil disobedience is unprecedented in mainland China since Xi assumed power a decade ago, as frustration mounts over his zero-Covid policy nearly three years into the pandemic.

"Bearish sentiment is growing in the oil market with mounting concerns over demand in China and a lack of clear signs from oil producers to further cut output," said Tetsu Emori, CEO of Emori Fund Management Inc.

"Unless OPEC+ agrees on a further reduction of production quota or the United States moves to reload its strategic petroleum reserves, oil prices may be headed further down," he said.

The Organisation of the Petroleum Exporting Countries and allies, known as OPEC+, will meet on Dec. 4.

In October, OPEC+ agreed to reduce its output target by 2 million barrels per day through 2023.

The next OPEC+ meeting will take into account the condition and balance of the market, Iraq's state news agency quoted Saadoun Mohsen, a senior official at the country's state oil marketer SOMO, as saying on Saturday.

Investors also focused on Western plans for a price cap on Russian oil.

Group of Seven(G7) and European Union diplomats have been discussing a price cap on Russian oil of between $65 and $70 a barrel, with the aim of limiting revenue to fund Moscow's military offensive in Ukraine without disrupting global oil markets.

But a meeting of European Union government representatives, scheduled for Nov. 25 evening to discuss the issue, was cancelled, EU diplomats said. On Thursday, EU governments were split on the level at which to cap Russian oil prices.

The price cap is due to come into effect on Dec. 5 when an EU ban on Russian crude kicks off.