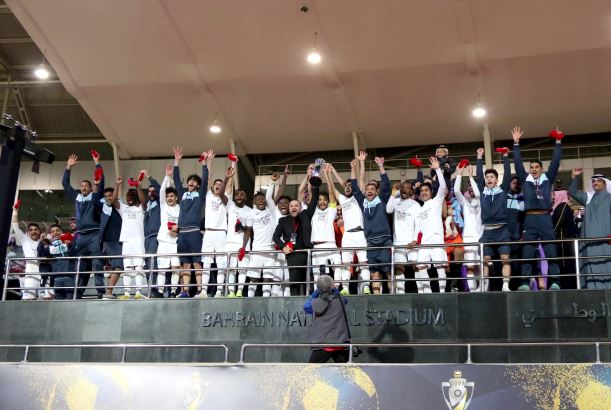 Shaikh Khalid paid tribute to His Majesty’s patronage of the final and the keenness to support Bahraini sportspeople. He also praised Riffa’s performances throughout the tournament.

MP Zainab Abdulameer, Financial and Economic Affairs Committee member and Youth and Sports Committee deputy chairperson in the Council of Representatives, congratulated Riffa Club and also praised the King’s presence at the event, describing it as a source of motivation for all players.