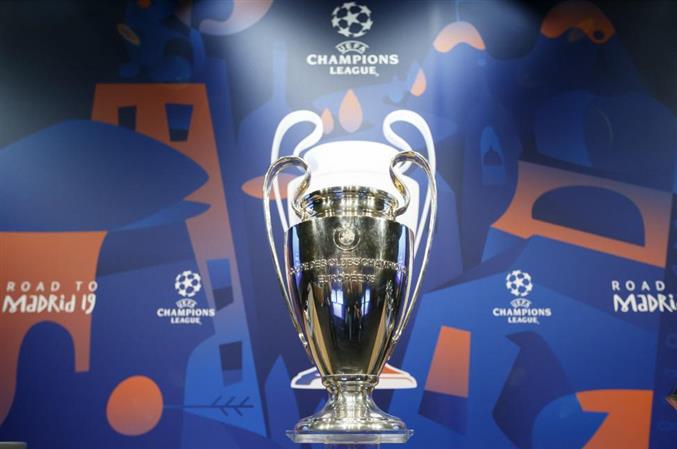 MADRID - Liverpool manager Juergen Klopp has a midfield conundrum and his Tottenham counterpart Mauricio Pochettino must decide whether Harry Kane is ready for action as both bosses face selection dilemmas for Saturday's Champions League final.

The unusually long, almost three-week, break between the end of the Premier League season and the European final in Madrid has allowed injury worries to ease for both managers - but that only adds to the difficult decisions that will have to be made.

For Klopp, who has seen Brazilian forward Roberto Firmino return to fitness in time for the clash at the Wanda Metropolitano stadium, there is probably only one big call to make.

The German is likely to stick with his trusted back-four from the title run-in with Joel Matip partnering Virgil van Dijk in the centre of defence.

With Firmino expected to start -- Klopp said this week that the striker "should be fine" -- then Liverpool will be able to use their preferred attacking 'trident' with Sadio Mane and Mohamed Salah playing either side of the Brazilian.

That would, however, mean no place in the starting lineup for Belgian forward Divock Origi, who scored twice in the 4-0 crushing of Barcelona in the semi-final, second leg.

Brazilian Fabinho has made the deep, holding midfield role his own and Dutch midfielder Georginio Wijnaldum, who also claimed a brace against Barca, is likely to play just ahead of him.

That leaves one more midfield slot with two English players competing for one place -- James Milner and Jordan Henderson.

Picking Milner would make a lot of sense from a tactical point of view as he is capable of temporarily tucking into the left-back role to cover Andy Robertson, when the Scotsman charges forward.

Yet Henderson is Liverpool's captain and has delivered some strong displays of his own this season and it would be a massive blow to him should Klopp leave him on the bench for the big game.

The long wait for this game has benefited Spurs in particular with striker Kane recovering from his ankle injury and declaring himself fit and ready.

A fully-fit Kane would surely start but Pochettino will have to decide whether his top scorer is 'match fit' after seven weeks on the sidelines.

If Kane does start -- in tandem with South Korean forward Son Heung-min, who has struck 20 goals this season -- then that could well mean no starting place for Lucas Moura.

That would be a cruel decision, however, after the Brazilian's sensational hat-trick in the semi-final, second-leg win over Ajax Amsterdam which took Spurs to Madrid, but the Argentine coach has never flinched from such calls.

Moura could then be held in reserve as an impact substitute, a role that would take full advantage of his devastating pace.

Pochettino has utilised a number of different formations this season though and he could play a similar three-pronged attack to Liverpool with Son and Moura playing wide roles and Kane down the middle.

That variation would require Christian Eriksen and Dele Alli to play deeper midfield roles than they normally prefer -- although both have done so at different times this season.

Presuming though that Pochettino opts for a four-man midfield then Moussa Sissoko is likely to the deepest with Harry Winks playing just ahead of him. A more cautious option would be to ask Victor Wanyama to partner Sissoko.