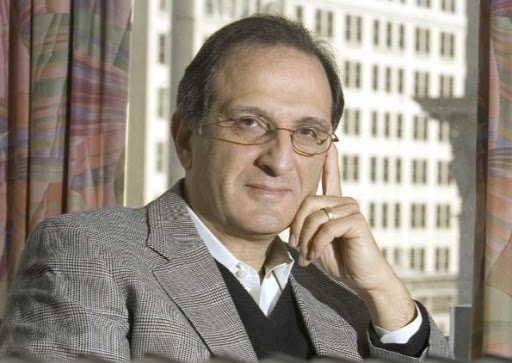 The devastating wars between Israel and Hamas continue to dominate discussions of the Israeli-Palestinian conflict, especially since both parties appear hell-bent on repeating the same fatal miscalculations, producing the same disastrous results.

Despite the cruelty of Israel’s assaults and the tragic toll they take, and Hamas’ hollow boasts of victory, no one ever wins these wars, with the people of Gaza paying the dearest price from Israel’s blows and its continued strangulation of the Gaza Strip.

It’s not enough to criticise only Israel and Hamas for the current disastrous state of affairs. Two other parties have varying degrees of responsibility – the US government and the Palestinian Authority (PA) – who also appear unwilling to learn lessons from past failures and therefore keep repeating the same mistakes, over and over again.

Most responsible for this mess are successive US administrations and Congresses. By continuing to operate according to the maxim that “there must be no light between the US and Israel”, the US has, in effect, given Israel a green light to follow their worst instincts while providing no effective restraint on their bad actions.

Refusing to apply public pressure on Israel, the US has instead relied on “quiet diplomacy” that has been repeatedly ignored. And by refusing to place conditions on US support for Israel, successive administrations have not only enabled Israel’s bad behaviour, but have also weakened peace forces in that country.

For decades now, the US has said “No” to new settlements, expressed concern with repression in the occupied territories, and urged Israel to pursue peace. All have been ignored. And yet because the US continues to provide Israel with massive amounts of assistance and diplomatic cover at the UN, it has fostered Israel’s sense of impunity. Like a spoiled child, Israel has learnt that it can literally get away with murder without repercussions.

It sometimes appears that the asymmetry of power between Israel and the Palestinians is augmented by another potent asymmetry: US public pressure is applied only to Palestinians, while Israel alone is rewarded.

Meanwhile, the PA has become a pathetic ghost of what was envisioned at its creation, with Israel denying it the opportunity to become the precursor to a truly independent, sovereign, contiguous Palestinian state.

Because of the PA’s need to support tens of thousands of Palestinian employees and their families, it has become dependent on international aid. Israel, while demanding the PA’s co-operation (and at times subordination), continues to incite and undercut it in every manner possible – from provocative, deadly night raids in the heart of Palestinian cities, to land seizures, demolitions and creeping annexation.

At the same time, the PA has failed to project a political strategy that can mobilise Palestinians and a vision that could inspire hope for the future. About all the PA appears to offer as an approach is taking the Palestinian case to the UN or other international bodies – where they run smack into a US veto. By focusing on this failed approach and its own survival, the PA’s complacency has left the masses of Palestinians despairing and vulnerable to the appeal to violence promoted by Hamas which also lacks any vision or strategy.

While the PA cannot be faulted for Israel’s behaviour or US policies, its own actions are worthy of criticism since it appears to be rushing headlong towards committing political suicide. Seemingly impervious to the damage it is doing to the Palestinian cause, the PA continues to operate as an increasingly detached mini-authoritarian regime, cancelling elections and using repressive force to silence critics and activists. Recent uprisings in the West Bank in response to the death of a critic of PA corruption at the hands of Palestinian security forces are a clear indication of its growing lack of legitimacy.

And so with all the parties continuing to act as they have without learning lessons, their tragic dance with death continues: Israel continues to act with impunity making the one-state apartheid solution they most fear an inevitability; Hamas while boasting of a hollow victory appears to be paving the way for the next deadly round; the PA sitting in Ramallah, besieged now by its own citizens, appears more concerned with its own survival than leading Palestinians to justice and an end of occupation; and the US, falling back on its tired mantra of “negotiations (with whom?) leading to a two-state solution,” is “fiddling while Rome burns”.

Despite this dire state of affairs, there are some hopeful signs of change. There are steady shifts in US public opinion towards Israel and its policies. A majority of Americans now want to see conditions placed on US assistance to Israel, including a majority of American Jews, and a more balanced US policy towards the conflict. And the impact of this shift in attitudes is reflected both in congressional elections, with candidates supporting justice for Palestinians winning contests against pro-Israel opponents, and in a recent letter signed by a record-setting 73 members of Congress calling on the Biden administration to support Palestinians.

If this continues and the US develops a more balanced policy that conditions support for Israel, it will be the sword that cuts the Gordian Knot. It will end Israel’s sense of impunity, empower peace forces in Israel, break the hold that Israel’s hard right has over Israel’s policy debate, and inspire Palestinian civil society to see that justice can be achieved. After such a change in US policy: The next elections in Israel will be about more than which rightwing government can get away with more oppression and creeping annexation; and Palestinians will be able to debate creative strategies to confront the occupation and have elections that will be about more than which corrupt gang will administer the occupations of Gaza and the West Bank.

Then and only then will we be able to see policies from all parties focused on ending the conflict instead of pointlessly pursuing the same dead-end approaches that only sink everyone deeper into the mess they’re in.