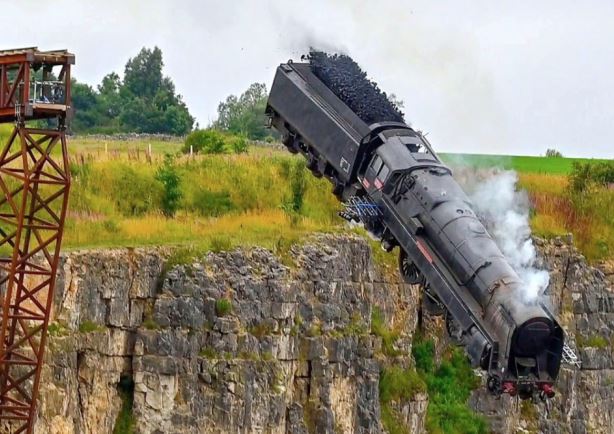 The crash scene being filmed for the latest Mission: Impossible film.

London: A steam locomotive has been filmed crashing into a quarry for the latest Mission: Impossible film.

The scene, which involved a black train plunging from a track on a cliff, was shot at Stoney Middleton in Derbyshire.

Local photographers posted images of the moment on social media and they also reported the film’s star Tom Cruise was there to witness the crash on Friday.

The set’s construction had been going on at Darlton Quarry for months but filming was delayed due to the pandemic.