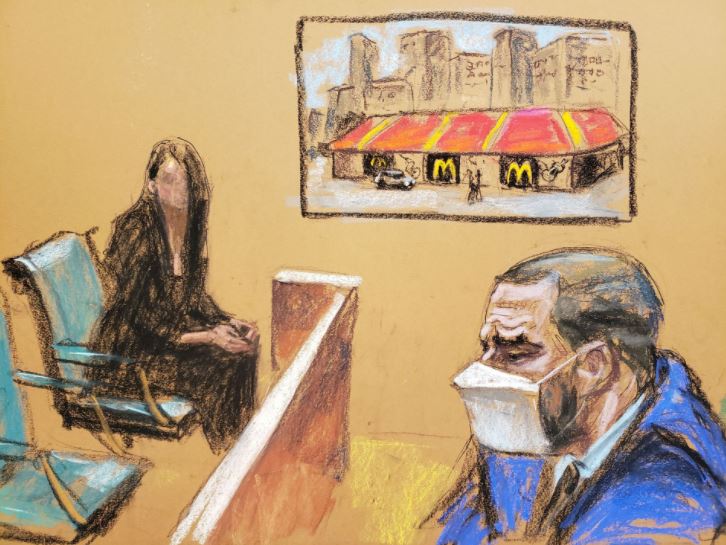 New York: A woman who claims R Kelly had sex with her when she was 17 testified at his sex abuse trial that the R&B singer could be so intimidating that he put the "fear of God" into her.

The now 39-year-old woman, who identified herself as Stephanie, told a Brooklyn jury she found it "humiliating" to have sex with Kelly during their six-month relationship.

She also said she let Kelly videotape their having intercourse, but only because she thought she had no choice.

"He was one of two ways: nice and charming, jovial. Or he was controlling, intimidating, he could put the fear of God in me," Stephanie said. "He humiliated me, he degraded me, he scared me."

Stephanie testified on the seventh day of the trial of the 54-year-old Kelly, who is perhaps best known for the Grammy-winning 1996 song "I Believe I Can Fly."

Kelly has pleaded not guilty to charges that he ran a decades-long racketeering scheme in which he abused six women and girls, including the late singer Aaliyah.

Many accusations of sex-related misconduct were discussed in the 2019 Lifetime documentary "Surviving R Kelly."

Several witnesses have testified that Kelly demanded strict obedience from those around him, with Stephanie and other accusers saying he required that they call him 'Daddy.'

Stephanie said she was first noticed at a McDonald's in Chicago in 1998, when a member of Kelly's entourage gave her the singer's phone number and asked her to call.

She didn't, but the next year she said she met Kelly at a Nike store in Chicago, hoping he would remember her, and that he personally gave his phone number.

Later on, Stephanie said she would sometimes wait for him for hours at his studio, before he eventually emerged and they had sex.

She also said Kelly once asked her to perform oral sex in a car, in front of onlookers. "It was disgusting," she said.

On cross-examination, Kelly's lawyer Nicole Blank Becker tried to emphasise it was Stephanie's decision to stay with Kelly, and Stephanie agreed when asked if she could have simply walked away.

Earlier on Thursday, jurors heard from former studio manager Tom Arnold, who told jurors he would regularly be "fined" by Kelly if he didn't follow the singer's rules.

He said the last straw came in 2011, shortly before he quit, when Kelly told him to find a female tour guide for him and his entourage for a VIP outing at Disney World in Florida.

Arnold said he could find only a male guide, prompting Kelly to cancel the outing and dock the entire amount, $1,500, from his final weekly paycheck.

Kelly also faces sex-related criminal charges in Illinois and Minnesota. He has pleaded not guilty.