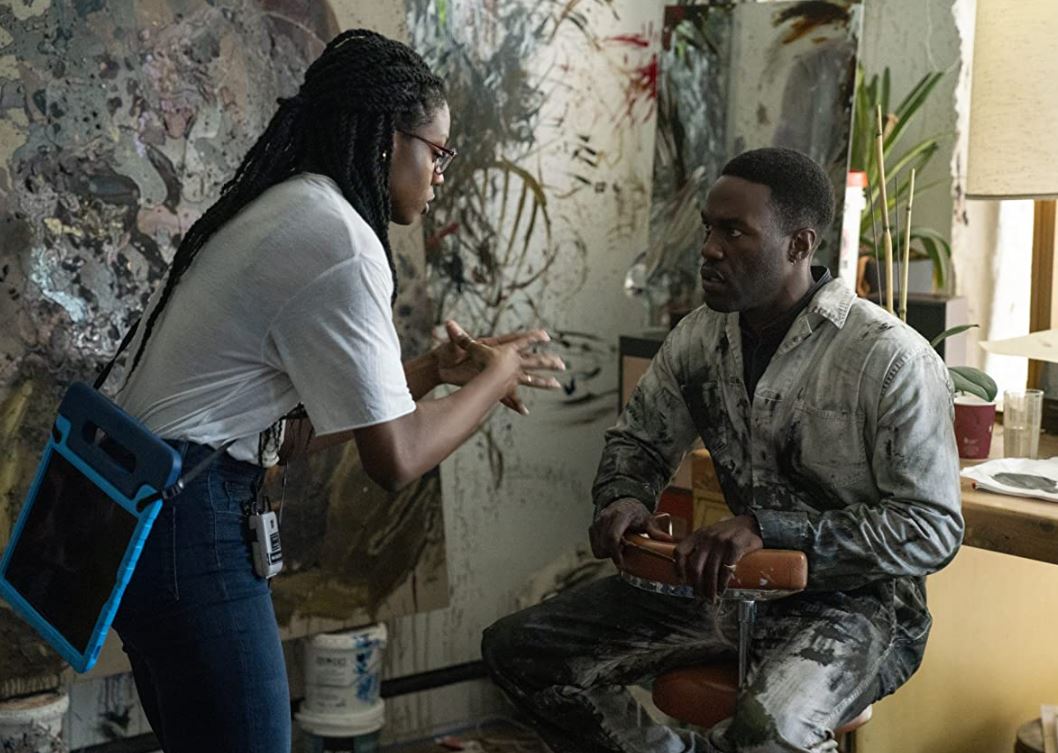 "Candyman" was summoned to the top of domestic box office charts, collecting an impressive $22.37 million from 3,569 theatres in its first three days of release.

The R-rated slasher film, written by Jordan Peele and directed by "Captain Marvel 2" filmmaker Nia DaCosta, surpassed industry expectations despite fears the delta variant would keep people from going to the movies.

Though multiplexes have struggled to sustain momentum as Covid-19 cases continue to surge, Hollywood has witnessed that new films available only in theatres (such as "Candyman" and last weekend's champ "Free Guy") have been seeing ticket sales hold steady compared to tentpoles being offered simultaneously on streaming services (like "The Suicide Squad" and Hugh Jackman's "Reminiscence").

"Candyman" cost $25 million to produce - MGM financed and produced the film, while Universal handled marketing and distribution - and appears on track to become one of the rare pandemic-era releases to become profitable during its theatrical run.

The sequel to the 1992 film, this version starring Yahya Abdul-Mateen II, has been well received by critics and moviegoers, with an 85 per cent on Rotten Tomatoes and "B" CinemaScore.

"The theatre is where this genre is best experienced because it becomes exactly that -- an experience," says Jim Orr, Universal's president of domestic distribution. "We're headed to a nice run because next weekend is a three-day holiday and we had really enthusiastic audience scores."

Overseas, "Candyman" had a slower start, opening in 51 international markets and pocketing $5.23 million for a global tally of $27.6 million.

In recent weeks, new releases like "Candyman," the Ryan Reynolds-led "Free Guy," and Paramount's animated adventure "PAW Patrol" sold more movie tickets than expected, yet the overall box office is pacing roughly 50 per cent behind the same period in 2019.

"Vaccinations are picking up, but not fast enough to make a difference yet," says David A Gross, who runs consulting firm Franchise Entertainment Research. "For now, it's impressive that moviegoing is holding up as well as it is."

In second place on domestic box office charts, Disney and 20th Century's "Free Guy" declined a mere 27 per cent in its third weekend in theatres and added $13.6 million from 3,940 venues.

The sci-fi comedy adventure, which held the No. 1 spot for two weekends in a row, has generated $79 million to date.

"Free Guy" has grossed $179 million globally, which is a relatively strong result (by pandemic standards) for a movie that isn't based on a pre-existing property.

In a distant third, "PAW Patrol" dipped 50 per cent from its opening weekend and brought in $6.6 million from 3,189 locations.

So far, the movie, based on the popular kids TV show, has amassed $24 million in the US and Canada.

Disney's family adventure "Jungle Cruise" ended the weekend at the No. 4 spot, bringing in $5 million from 3,370 locations.

After five weeks on the big screen, "Jungle Cruise" has tallied $100.1 million in the US and Canada and $187 million globally while being offered simultaneously on Disney Plus.

Sony's horror sequel "Don't Breathe 2" rounded out the top five with $2.8 million from 2,703 cinemas. In total, the film has made $24.5 million at the domestic box office.