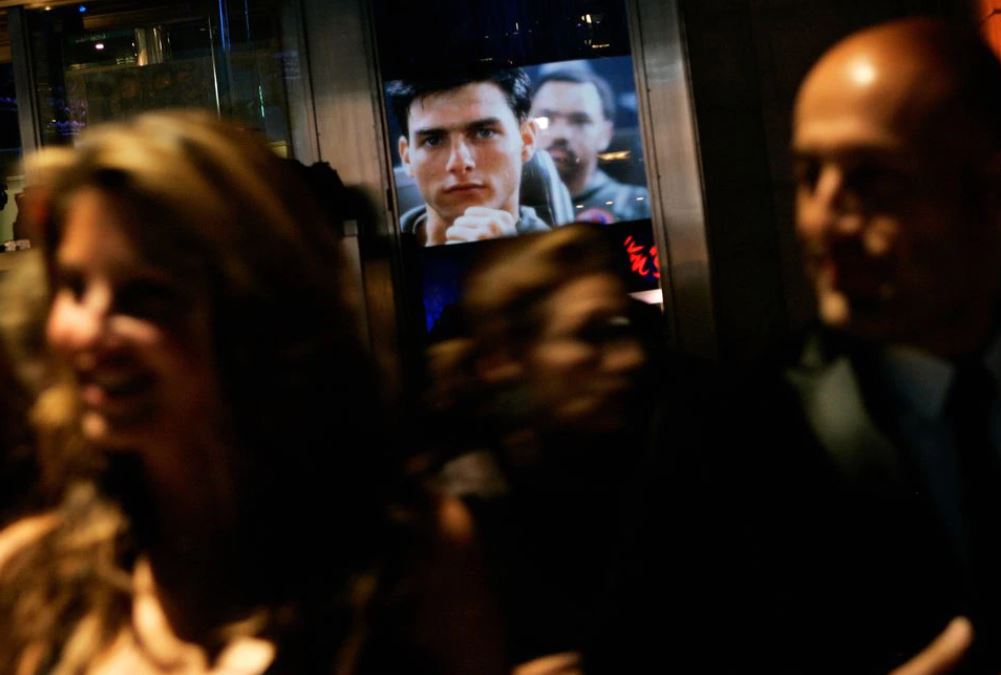 An image of Tom Cruise from the movie "Top Gun" is reflected in a window as people arrive at the Museum of the Moving Image Salute to Tom Cruise in New York November 6, 2007. (Image credit: Reuters)

Los Angeles: Paramount Pictures has postponed the release of Tom Cruise films "Top Gun: Maverick" until May 2022 and "Mission: Impossible 7" until September 2022, a spokesman for the ViacomCBS Inc studio said Wednesday, as Covid-19 infections rise.

The "Top Gun" sequel, which has been delayed multiple times during the pandemic, had been set to debut in theaters on November 19, just ahead of Thanksgiving, to kick off the holiday moviegoing season.

Movie studios have repeatedly shuffled their schedules as they try to gauge when crowds will return to cinemas. The Delta variant of the coronavirus has disrupted a hoped-for comeback.

Theater chains, including AMC Entertainment, Cineworld Plc and Cinemark Holdings, are counting on blockbusters such as "Top Gun" to help lure audiences back. The movie is a follow-up to the 1986 hit starring Cruise as an elite US Navy fighter pilot.

"Paramount needs this to be a big worldwide hit. Global marketplace just isn't there yet," Bock wrote on Twitter.

Theatre operators hope other big-budget films will cling to their 2021 schedules.

James Bond movie "No Time to Die" is currently set for release in cinemas on October 8 and studio MGM has insisted that date will stick.

Other upcoming films include Sony's "Venom: Let There Be Carnage" in October, Marvel's "Eternals" in November and "Spider-Man: No Way Home" in December.