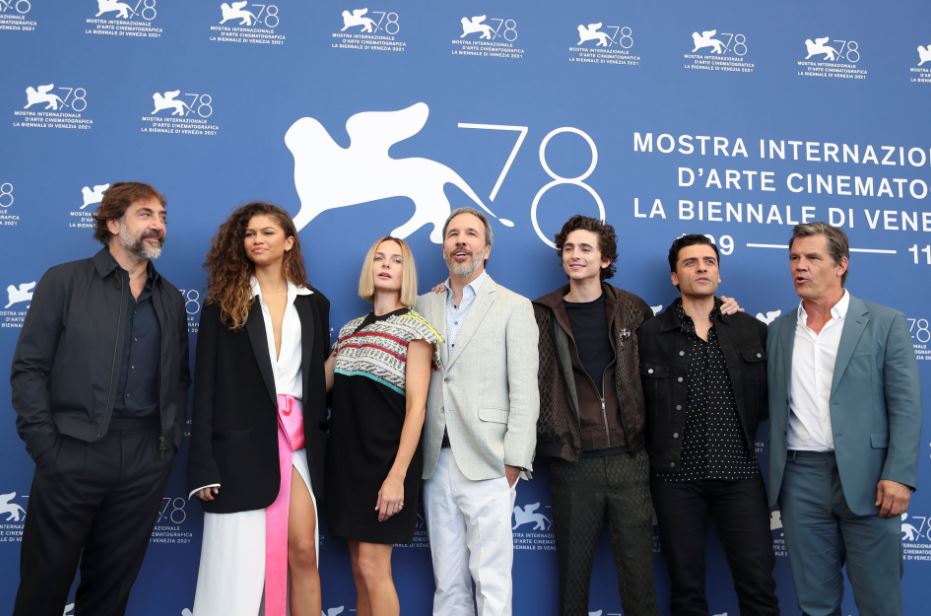 An ensemble cast led by Timothee Chalamet stars in the mammoth project, set in the future where noble families rule planetary fiefs.

Villeneuve, known for "Blade Runner 2049" and "Sicario", read Herbert's 400-page book as a child and described it as a "portrait of the 20th century" which through time became "a prediction of what will happen in the 21st".

"Sadly the book is by far more relevant today about the danger of the blend between ... religion and politics, the danger of messianic figures, the impact of colonialism ... the problem with the environment," he told a news conference.

"His book stayed with me through the years, but it just felt ... through time more and more relevant ... I wish it was not the case but I think the movie will speak to the world right now more than it would have done 40 years ago."

Known as Dune to its native Fremen people, Arrakis is hotly contested for its lucrative spice, a unique and highly-desired commodity found in its desert where temperatures soar and giant sandworms prey.

"Simply put, this was the honour of a lifetime for me," said Chalamet, who on arrival delighted screaming fans by signing autographs and posing for pictures.

Villeneuve's two-and-a-half-hour movie, described as part one of the story, follows Alejandro Jodorowsky's unsuccessful attempt in the mid-1970s and David Lynch's critically-panned 1984 version, a film the latter has described as a "heartache" for him after he did not have final cut.

Chalamet said he had watched Lynch's version and had "huge respect" for Kyle Maclachlan's performance as Paul but wanted to make the character his own.

"Dune", which also stars Zendaya, Josh Brolin and Rebecca Ferguson, will be released in cinemas and the HBO Max streaming service.

"These are of course difficult times for everybody and we all agree safety first, but if the audience feels comfortable and there is a safe environment, I encourage them to see this movie on the big screen," Villeneuve said.