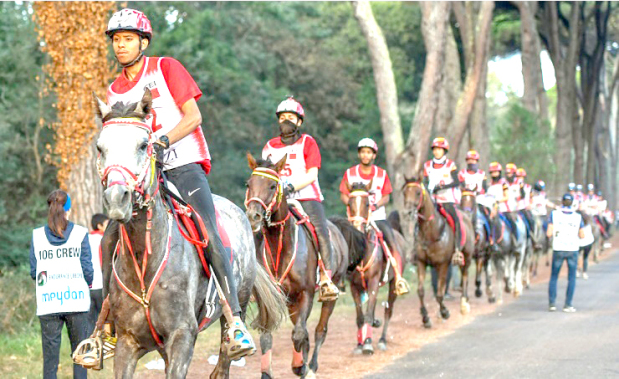 He said the team’s achievements have been the outcome of the support of His Majesty and the backing of His Royal Highness Prince Salman bin Hamad Al Khalifa, the Crown Prince and Prime Minister.

Shaikh Nasser said that the participation of the Royal Endurance team in the FEI Endurance World Championship for Young Riders and Juniors, to be held in Ermelo, The Netherlands, on Thursday is a proof that the endurance sport in the kingdom is on the right path of progress, which will motivate riders to perform well and achieve goals.

He highlighted the importance of the kingdom’s participation in the prestigious event, bringing together the best riders in the world, adding that the team’s presence confirms the progress of the endurance sport in Bahrain, and expressing confidence in the ability of Bahraini riders to achieve positive results.

The team includes seven qualified riders, five of whom will be selected to compete in the event in which 22 countries are participating.