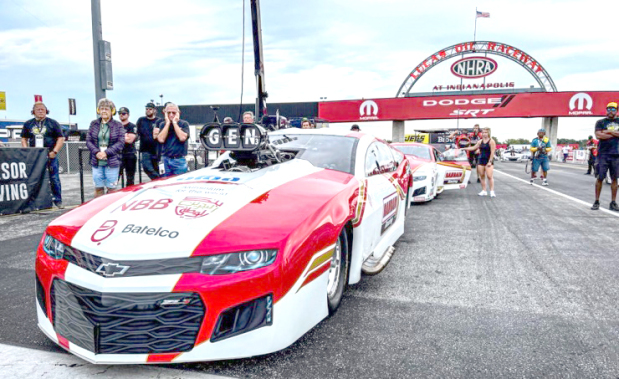 Personal Representative of His Majesty King Hamad and Supreme Council for Environment (SCE) president Shaikh Abdulla bin Hamad Al Khalifa has lauded the success of Bahrain 1 Racing team drivers Jeffery Barker and Stevie Jackson, who clinching the first and second positions in the drag race held at the Lucas Oil Raceway at Indianapolis, within the 2021 NHRA Pro Mod Series, the world’s most prestigious drag racing championship.

Driver Khalid Al Balooshi and Justin Bond did not qualify for the final round.

Shaikh Abdulla said that the victory is part of Bahrain 1 Racing team’s efforts to raise the kingdom’s banners at international sports gatherings, adding that the landmark win will stimulate the team to continue its successful performance, towards maintaining the world title for the third straight year.

Shaikh Abdulla praised the team’s perfect performance at the beginning of the season, resulting in their success in claiming the first and second places during the previous stage, wishing the team success in the upcoming stages of the world championship, and commending the tremendous efforts of all the team members.

Bahrain 1 Racing team members thanked Shaikh Abdulla for his encouragement, follow-up and support, which strengthened their determination to claim victories and continue their path towards achieving the world title for the third year in a row.