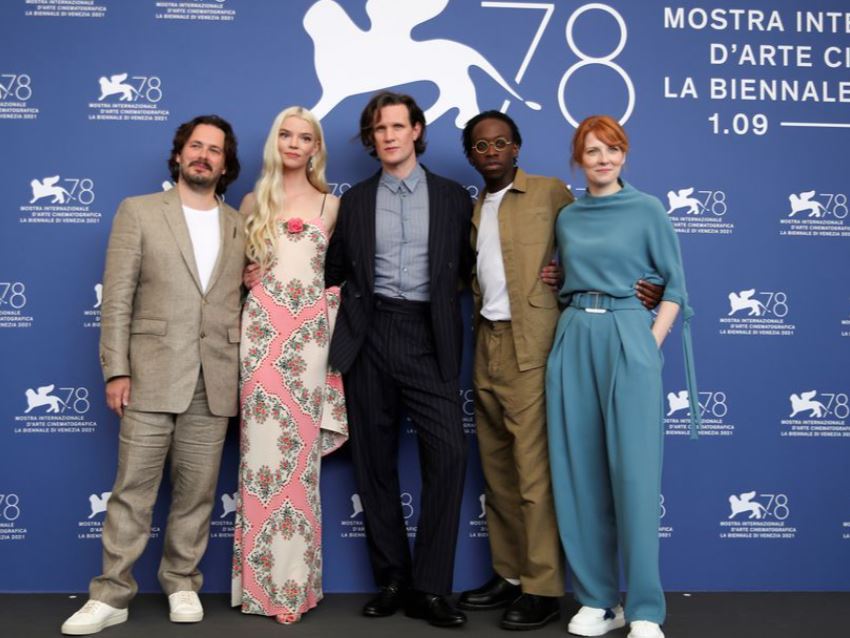 British film-maker Edgar Wright said he drew inspiration from the likes of Alfred Hitchcock and Italian horror director Dario Argento to depict the dark side of London in his psychological thriller "Last Night in Soho".

The film, premiering out of competition at the Venice Film Festival on Saturday, follows Eloise (Thomasin McKenzie), a student enamoured with the 1960s who heads to London from the countryside intent on becoming a fashion designer.

But her dream fast turns into a neon-drenched nightmare as she finds herself transported back to the decade and inhabiting the life of Sandie, an aspiring singer played by "The Queen's Gambit" star Anya Taylor-Joy.

Wright, who started working on the idea more than a decade ago, called the film a "dark valentine to Soho", the central London area where most of the action takes place.

While he asked audiences in Venice not to reveal too much about the plot ahead of the film's release late next month, he told reporters his movie sought to show it is "dangerous to romanticise the past".

"I love London, but there's a lot to fear about it as well, so you have a conflicted relationship with the city ... (Bad) things that are happening now were happening then," Wright said.

The film nonetheless pays tribute to the style, fashion and music of the Swinging Sixties, with "An Education" costume designer Odile Dicks-Mireaux helping recreate the atmosphere.

Alongside Wright's favourites from the period, the soundtrack includes a new take on Petula Clark's "Downtown", sung by Taylor-Joy in an audition scene.

The film also features an elaborate choreography of dream-like mirror work between the two main characters, deliberately making it hard for viewers to tell reality from hallucination.

"Having something that requires such synchronicity between not just the two of us but the camera as well, we really had to be focused on the other individual," Taylor-Joy said.

She said that most of the mirror scenes were captured live on set as opposed to having visual effects reproduced in post-production.