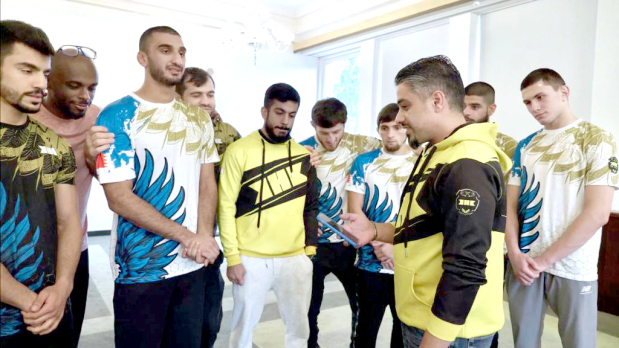 Shaikh Khalid urged the team to double their efforts and continue performing at the highest level to raise Bahrain’s flag high in the important sports gathering which kicked off yesterday.

During a phone call with Bahrain Mixed Martial Arts Federation president Mohammed Ali Qambar, Shaikh Khalid expressed confidence in the capabilities of the fighters of the team, which is four medals away from the 100 mark.

Bahrain will be represented by five fighters in the last 16 round of the event, four of whom are in the senior sector, namely Mohammed Ghoul and Shamil Gympatov in the 70.3kg category, Nayef Fekri in the 77.1kg category and Yousif Sayyar in the 83.9kg section. Jimpat Mohamedov will take part in the 70.3kg category of the youth section.