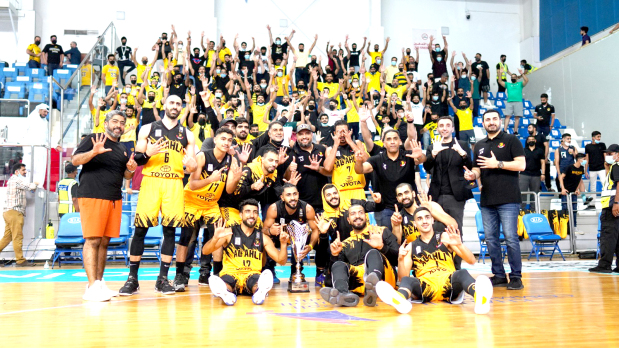 The match was played at the Zain Bahrain Basketball Arena in Um Al Hassam in the presence of fans who returned to the stadium after the ban imposed due to the outbreak of Covid-19 was lifted.

The Bahrain Basketball Association (BBA) had implemented the mandatory precautionary measures for combating the pandemic, under the supervision of Bahrain Olympic Committee officials.