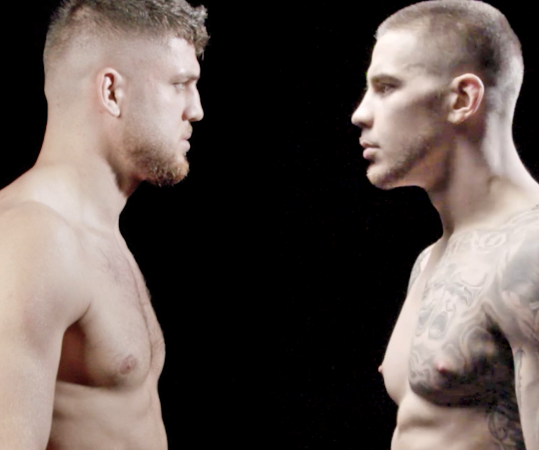 The former BRAVE CF Super Welterweight title challenger Ismail Naurdiev is looking to bounce back from a defeat in his promotional debut.

The “Austrian Wonder Boy” is taking on Olli Santalahti at BRAVE CF 54 and, despite acknowledging the danger involved in the upcoming match, is certain that he’s superior in every aspect of the match.

“Olli is a tough fighter, I think he is physically strong, but nothing much surprises me, nothing I haven’t seen before,” Naurdiev said. “Everything, I am the best in everything, better striker, better wrestler and better grappler.”

Asked about his game plan for the bout, Naurdiev quoted the legendary “Iron Mike”.

“I don’t do any game plan anymore because you know, Mike Tyson says everyone has a plan until you get punched in the face. So I just go in and enjoy it,” he finished.

Holding a professional record of 20 wins and only five losses, Naurdiev has 16 finishes in his career and is looking for his first BRAVE CF victory.

Earlier, asked about what he’s planning to do against Naurdiev in the upcoming bout at BRAVE CF 54, Santalahti was assertive. “I realised that I am the best version of myself in a fight when I do the things I like to do and it’s my opponent’s job to prevent me from doing what I like to do,” he stated.

“Everybody wants to knock me out but I’m here to prove them wrong,” he said. “I try to improve my striking and standup game and my takedown so I could take the guys to my world, which is grappling. But, honestly, I don’t mind trading punches”.

BRAVE CF 54 takes place on September 25, in Konin, Poland. The event, held in association with Galana Exclusive Championship, will be headlined by the Lightweight title bout between champion Amin Ayoub and Ahmed Amir.