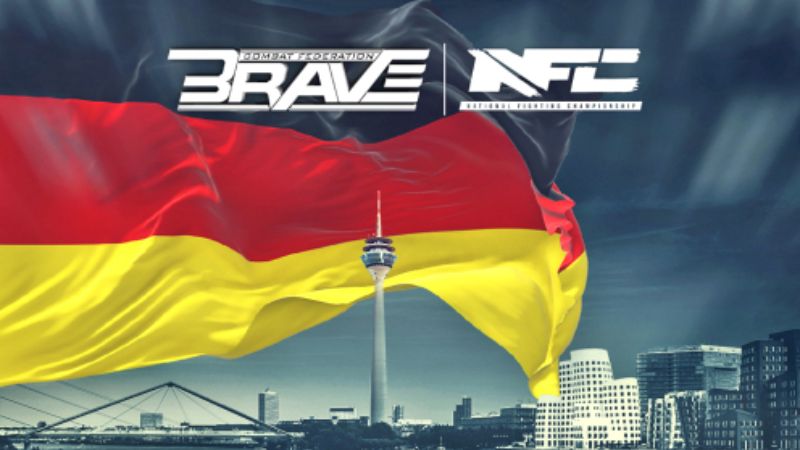 The year of 2021 still has an exciting schedule for BRAVE Combat Federation but the fastest-growing MMA promotion in the world is already shaping its 2022 calendar.

The promotion has announced three events for the second quarter of next year, marking its debut in Germany.

The events, to be held on April 9, 16 and 23, will be promoted in association with National Fighting Championship (NFC), the most prestigious mixed martial arts organisation in the European country under BRAVE CF’s exclusive media partner for Germany, Austria and Switzerland, FIGHTING.de.

“With the largest market share in European MMA, it is the responsibility of BRAVE CF to develop the MMA industry in the continent. With a strong partner like NFC we are confident to not only put on some action-packed MMA shows but also see many national superstars coming from Germany.”

“The co-operation with BRAVE CF is an honour for us and shows that we are on the right track to make MMA huge in Germany,” says Michael Ortlepp, CEO of FIGHTING.de.

“To work with such a high profile partner like BRAVE CF is a huge step for the development of MMA in our country. Also it’s an incredible chance for local fighters to present and prove themselves on such a big international stage.”

The next scheduled BRAVE CF card will take place in Konin, Poland, on September 25. The fight night will be headlined by the Lightweight title bout between the champion Amin Ayoub and the challenger Ahmed Amir.