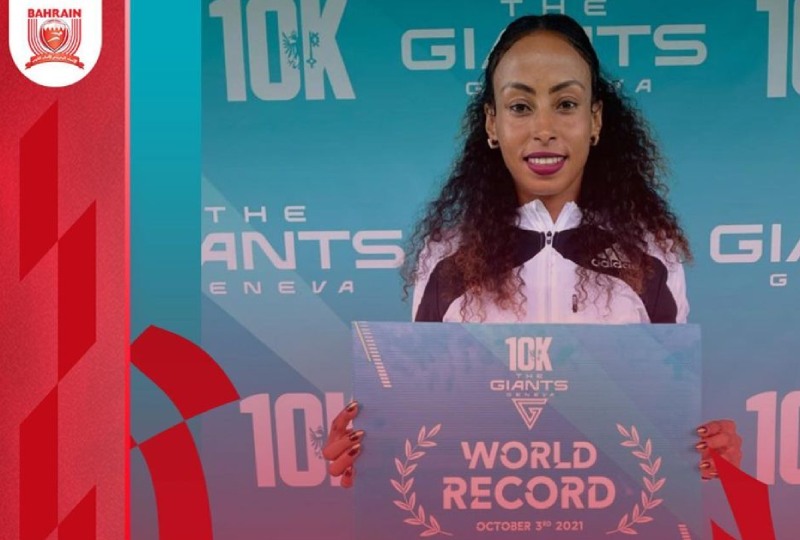 Bahrain's Kalkidan Gezahegne won the Giants Geneva 10K in 29 minutes 38 seconds on Sunday to take five seconds off the women's world record for a 10km road race when men are also competing.

The 30-year-old, who won 10,000 metres silver behind Sifan Hassan at the Tokyo Olympics in August, bettered the mark of 29.43 set by Kenya's Joyciline Jepkosgei in 2017.

Agnes Tirop, who last month set a new record for women-only races at the distance in a time of 30.01, finished second with her fellow Kenyan Celliphine Chespol third.