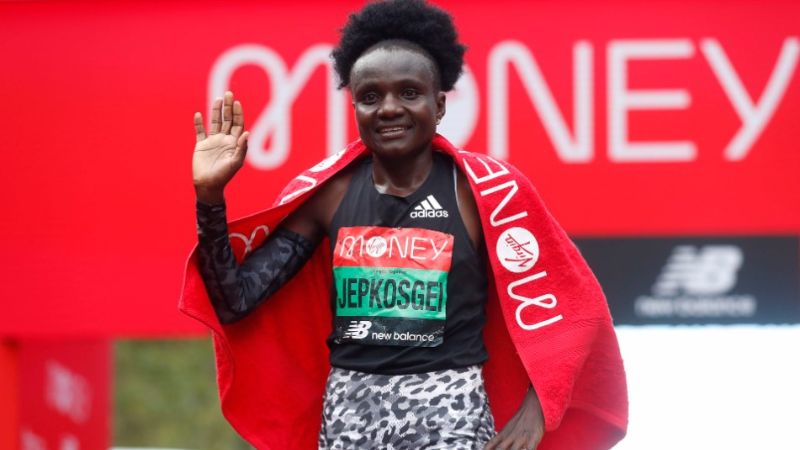 Sisay Lemma of Ethiopia was a comfortable winner of the elite men's race in a time of 2:04.01, crossing the line 27 seconds ahead of Kenya's Vincent Kipchuma with Ethiopian Mosinet Geremew third.

Jepkosgei, the reigning New York Marathon champion, smashed her personal best of 2:18.40 on her debut in the British capital, becoming the seventh fastest woman in history.

Kosgei, competing eight weeks after claiming silver at the Tokyo Games, was aiming for a third consecutive victory in London. The 27-year-old rallied briefly but finished fourth in 02:18.40.

The marathon, which celebrated its 40th anniversary in April, returned to its traditional route from Blackheath to The Mall for the first time in over two years.

More than 36,000 competitors joined some of the world's best in the mass participation event and up to 40,000 took part virtually, organisers said.

Only elite races took place last year on a course around St James's Park, with amateurs last competing in 2019.